“I have also said that you can help anybody to get a job, but you cannot help him to do it. Let us get it clear, there is nobody who has got into any position who has not been helped by one person or more.

“I was not the 18 million voters who voted for him. You that asked the question who did you vote for, is it not Jonathan?

Jonathan and Obasanjo in retrospect 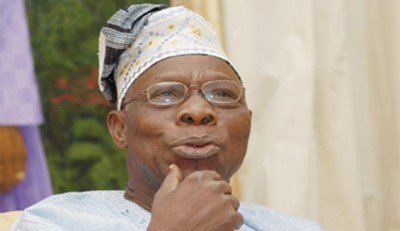 There are many factors that fought against Jonathan’s success in office. However, the truth remains the same—he underperformed. And the same can be said for every other “democratic” president that has ruled this country for the past 16 years (except Umaru Musa Yar’Adua–kinda).

It’s not in the place of Obasanjo to imply Jonathan underperformed during his term. This is because Obasanjo, who ruled Nigeria for 8 years, also underperformed. In fact, some argue Obasanjo’s tenure was worse than Jonathan’s.

Besides, there are other faults with Obasanjo’s statement:

Northern Nigeria as a case study

Well, Northern Nigeria has produced presidents and autocratic leaders that have ruled Nigeria for over 40 years.  Yet, look at the terrible state Nigeria is today. Look at the deplorable state of the North—Boko Haram, poverty, etc., has plagued the region so bad.

However, that didn’t stop Nigerians from voting for Buhari.

Nigeria, though an oil producing state still imported refined oil before and after Obasanjo’s tenure.

Even as a president, Obasanjo installed himself as the Petroleum minister, but he was not even able to transform the oil sector in Nigeria.

He was accused of working in secrecy as a petroleum minister.

It was during Obasanjo’s tenure that the famous song, Nigeria” jaga-jaga “was released.

It’s not right for Obasanjo to cast himself as a saint while implicating Jonathan. They both deserve to be blamed accordingly.