Perhaps being rational may be linked to being educated. But whichever is the case, I fundamentally believe Nigeria would be better off if it has more rational thinking citizens.

I can’t believe how much baseless ideas I was feed as a kid during my early years growing up in Nigeria. This affected my intelligence and ultimately lead me to make decisions I’d come to consider today as foolish.
Why would a kid be told in the 21st century that, “Picking something on the streets can cause me to turn into yam?”. While I can understand the significance of such statement, no one looks at the potential harm. The result? The child grows up having convictions that are baseless (irrational) and making life-decisions from this place. 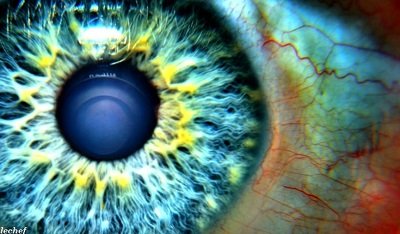 I was fed many biases about other ethnic groups as a kid, and this clouded my judgements for a considerable time. For example; My mum is from the Igbo ethnic group in Nigeria, and my late dad is from the Yoruba ethnic group, so I got to interact with people from these ethnic group growing up.
I had so many irrational statements about the other ethnic group thrown at me as facts and I didn’t know what to take as the truth. At some point, I ended up picking the wrong opinion as facts in other to get social approval. But as I grew older and developed a deeper understanding of the world, I had to drop these.

Everyone knows religion is huge in Nigeria and has lead to tensions in various regions of the country. I understand Nigerians look to religion to give them a sense of meaning and a feeling that no matter the suffering they face on earth, somehow in future, everything would work out or there’s a place of enjoyment for them.
I’ve seen many Nigerians blindly follow the rules of their religious leaders without stopping to think… rationally.
Here’s the painful truth:
Rationality is based on reason or facts whereas this is not the case of religion/faith and I say this as someone who still believes in God and was brought us in a very religious family.

I know what is considered a fact today may change tomorrow. For example, there was a time people didn’t believe humans would be able to fly as there were no scientific facts back then to prove it. However, when in question, go back to fundamental principles of what we know as common sense and remove any bias you have.

Being more rational may lead to some tremendous sacrifices. But it’s these sacrifices we need for change to happen in our society.